On the Anvil of the World

On the Anvil of the World is based on a performance of Domenico Scarlatti's Sonata K27 in b minor by Mikhail Pletnev.
The title comes from a line in William Butler Yeat's Wanderings of Oisin, where Oisin is describing to St. Patrick the feasts and celebrations after his hundred-year fight with a demon on the Island of Dancing and Victories.

We sang the loves and angers without sleep,
And all the exultant labours of the strong.
But now the lying clerics murder song
With barren words and flatteries of the weak.
In what land do the powerless turn the beak
Of ravening Sorrow, or the hand of Wrath?
For all your croziers, they have left the path
And wander in the storms and clinging snows,
Hopeless for ever: ancient Oisin knows,
For he is weak and poor and blind, and lies
On the anvil of the world.

On the Anvil of the World takes on the colors of the actual "anvil of the world" - the super-volcano at Yellowstone National Park. 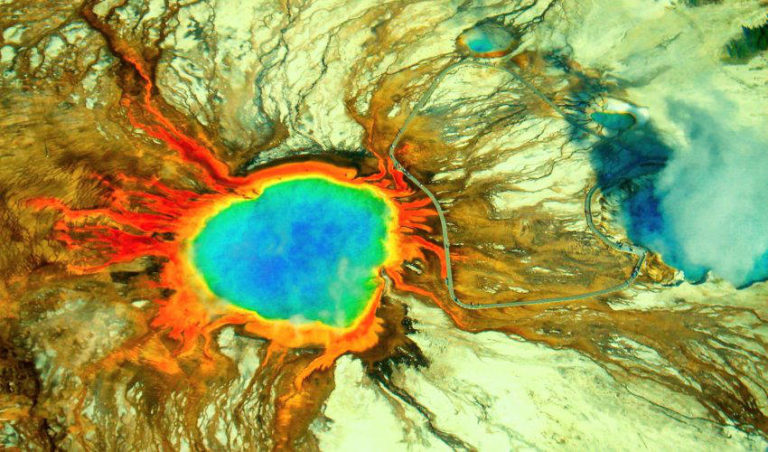 On the Anvil of the World is a very special painting - it is the basis of the first pattern I created for a tapestry. The painting was reduced to seven colors and later woven by a women's cooperative working in Morocco.

Learn more about the Tapestry Project.