Sleeping Polar Dragon 15X38 Pastel and pencil on paper
The title and text on Sleeping Polar Dragon comes from a W.B Yeats poem, Aedh Pleads with the Elemental Powers. Aedh was one of four children of the Irish King Lir. He and his siblings were transformed into swans by their jealous stepmother. As the children migrated with a flock of actual swans, they encountered a severe winter storm. Their feet were frozen to an icy lake, and they begged the powers that be to release them from their suffering.

AEDH PLEADS WITH THE ELEMENTAL POWERS

THE POWERS whose name and shape no living creature knows
Have pulled the Immortal Rose;
And though the Seven Lights bowed in their dance and wept,
The Polar Dragon slept,
His heavy rings uncoiled from glimmering deep to deep:
When will he wake from sleep?

Great Powers of falling wave and wind and windy fire,
With your harmonious choir
Encircle her I love and sing her into peace,
That my old care may cease
Unfold your flaming wings and cover out of sight
The nets of day and night.

Dim Powers of drowsy thought, let her no longer be
Like the pale cup of the sea,
When winds have gathered and sun and moon burned dim
Above its cloudy rim;
But let a gentle silence wrought with music flow
Whither her footsteps go.

​The pattern takes on the colors of a reddish-pink and green Aurora Borealis. 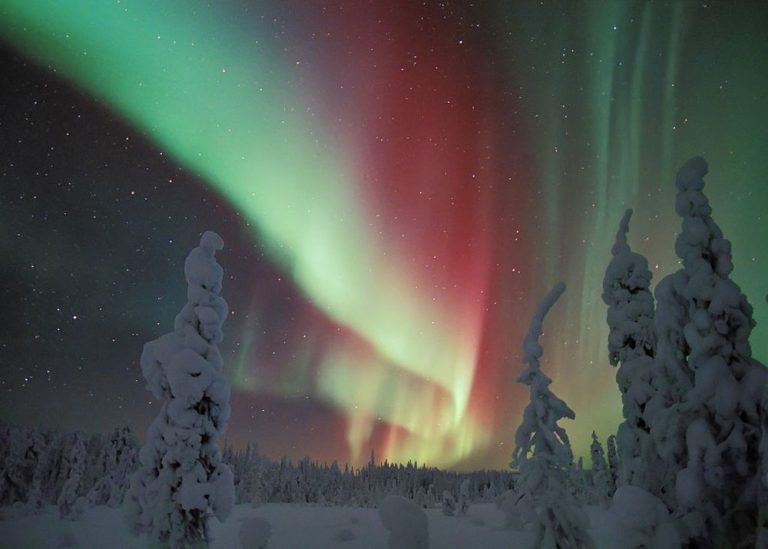